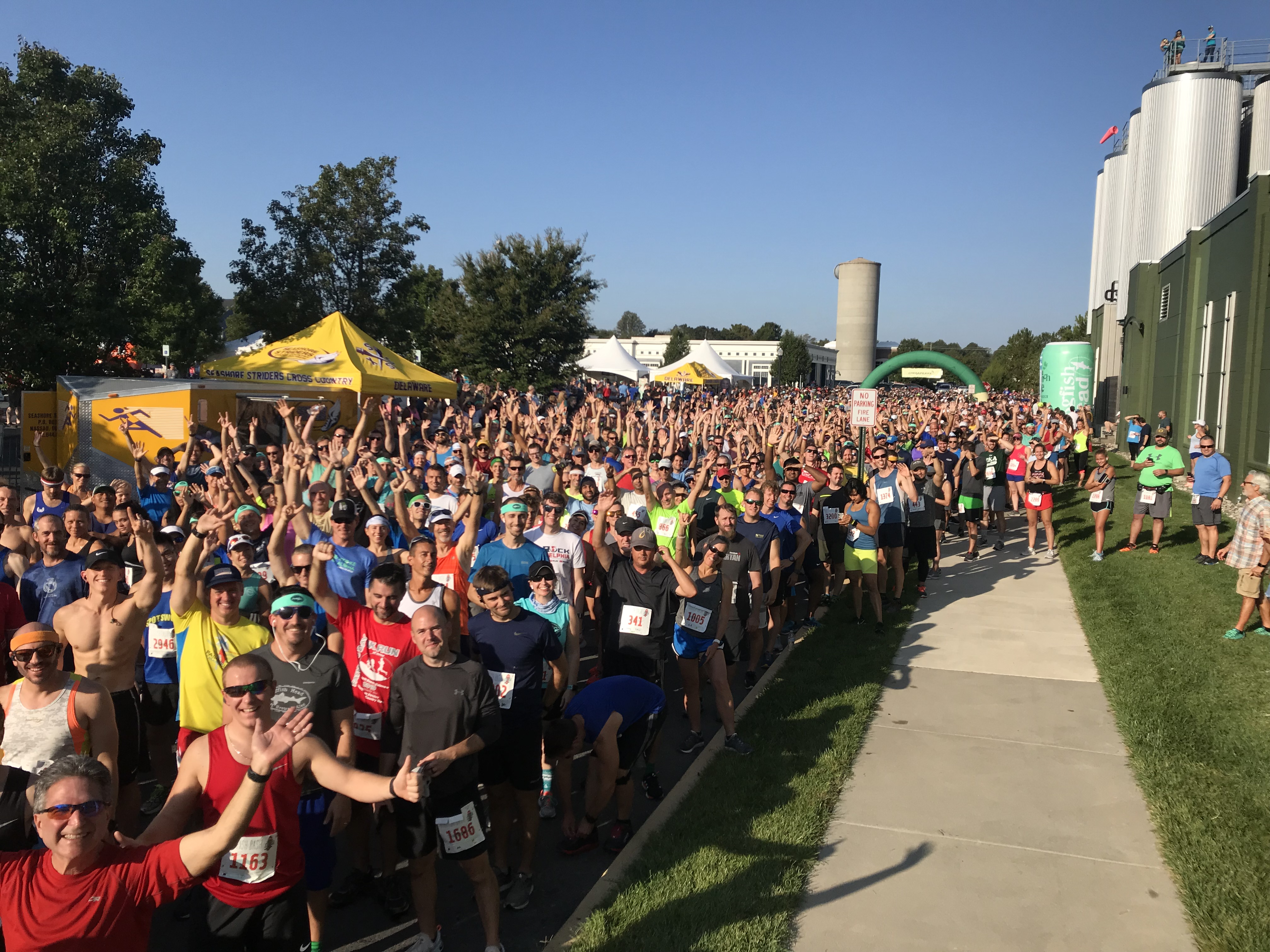 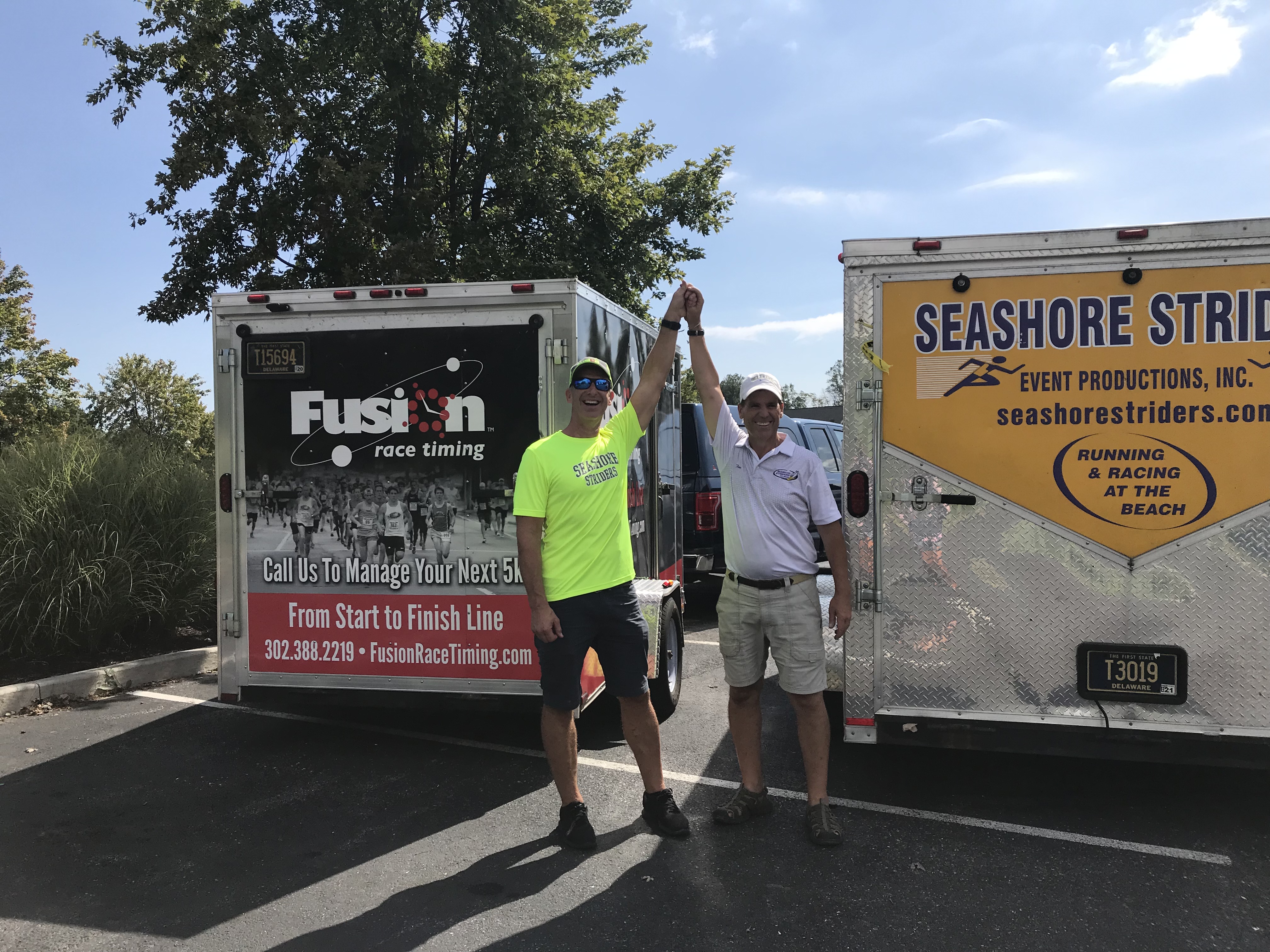 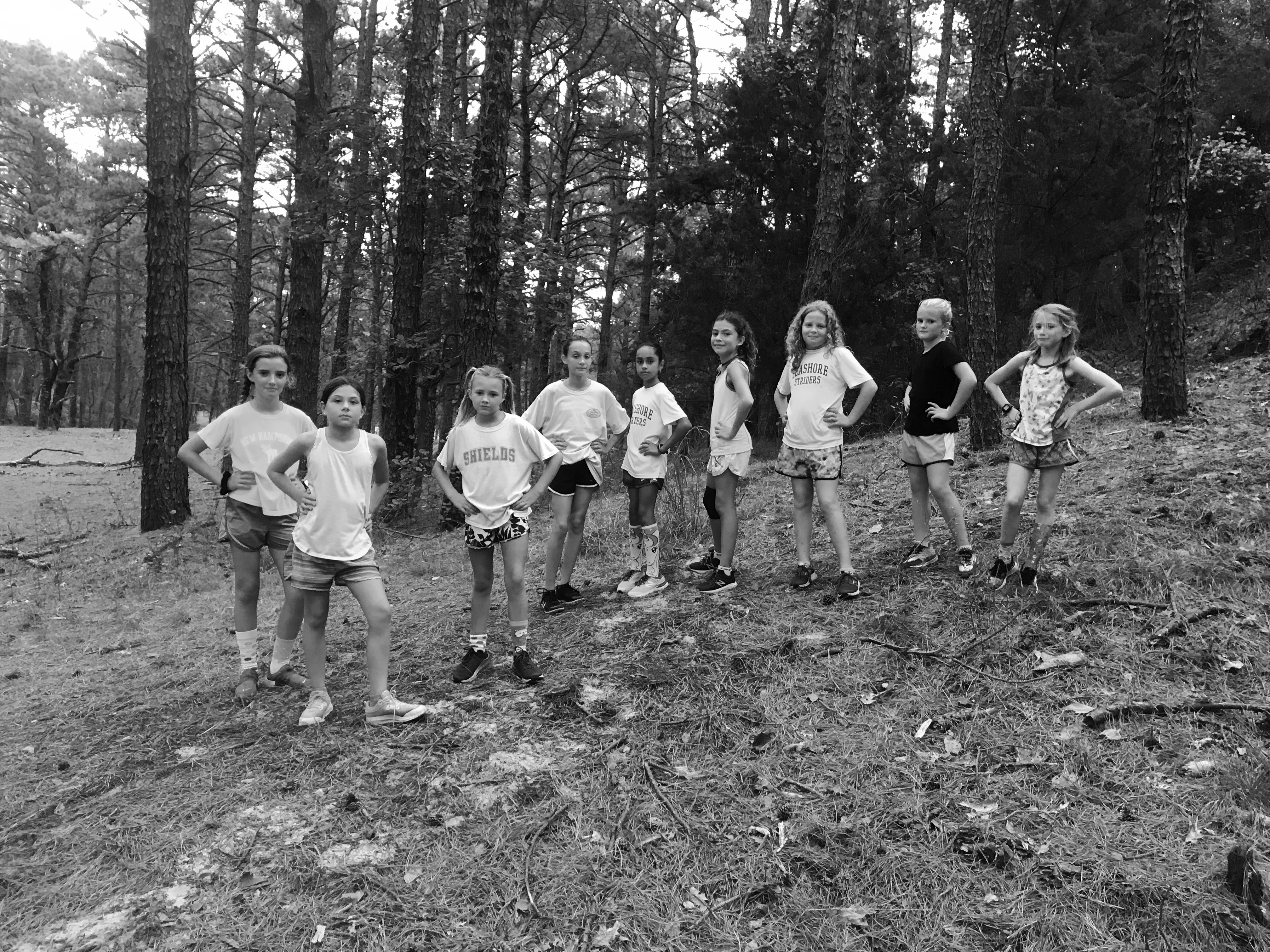 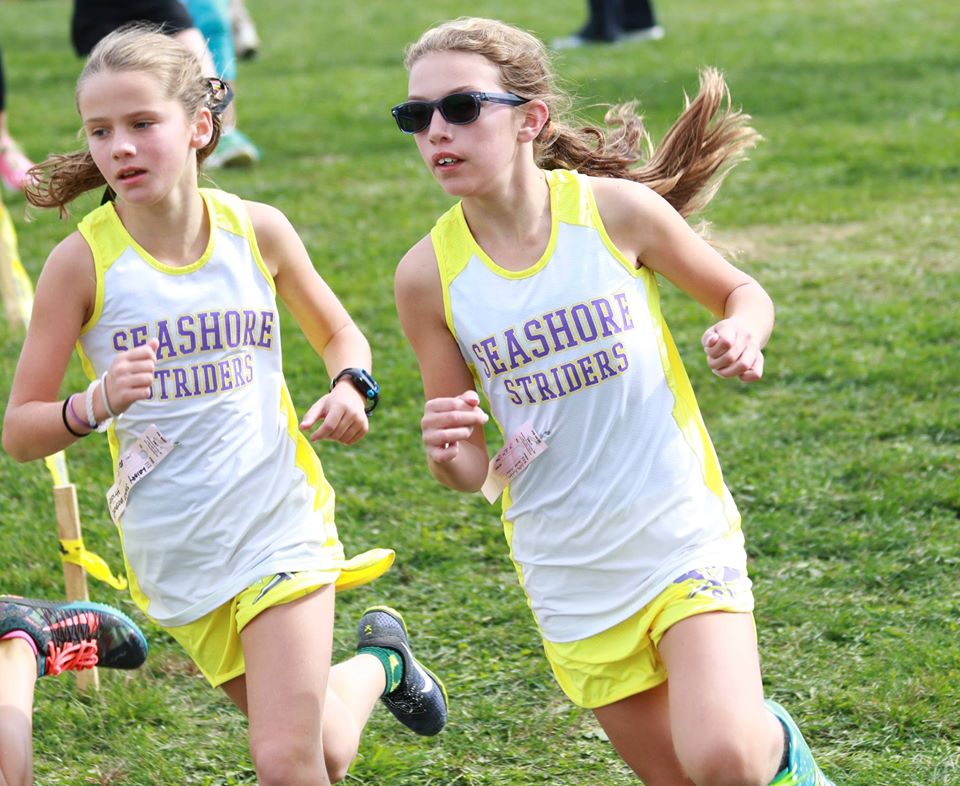 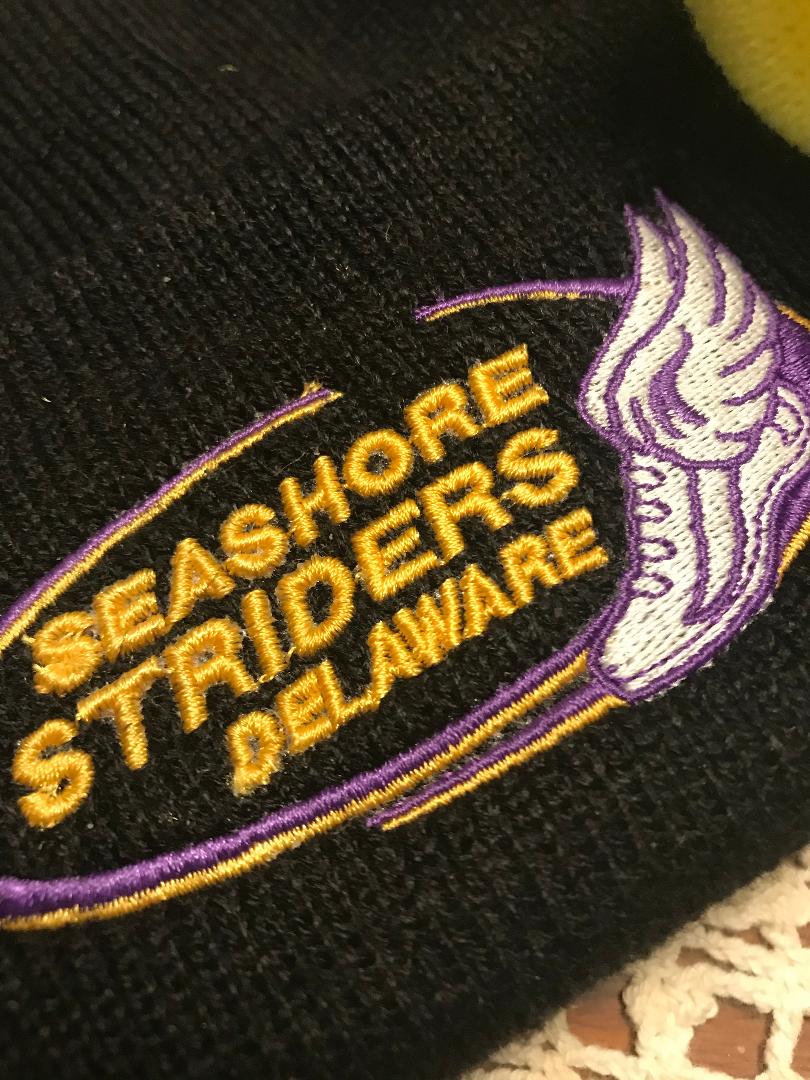 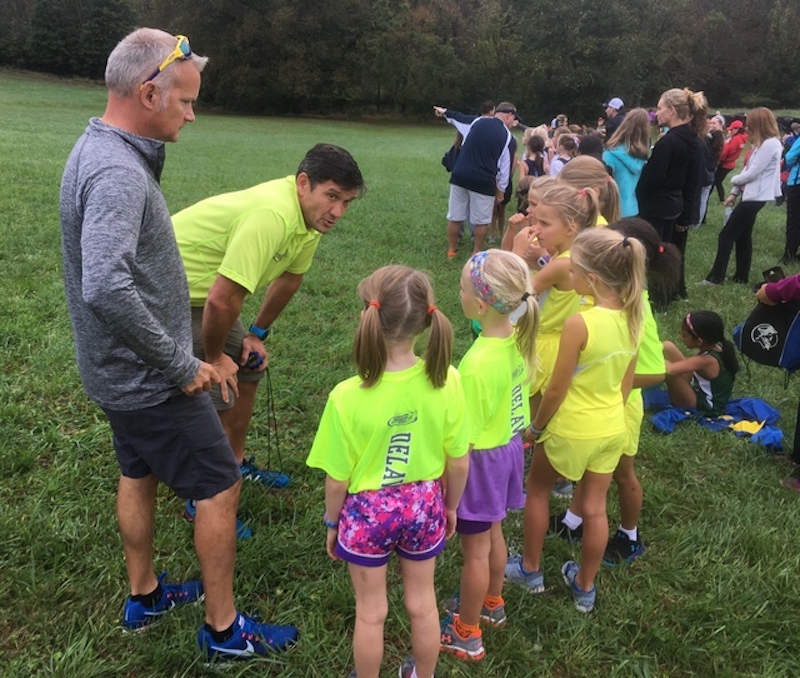 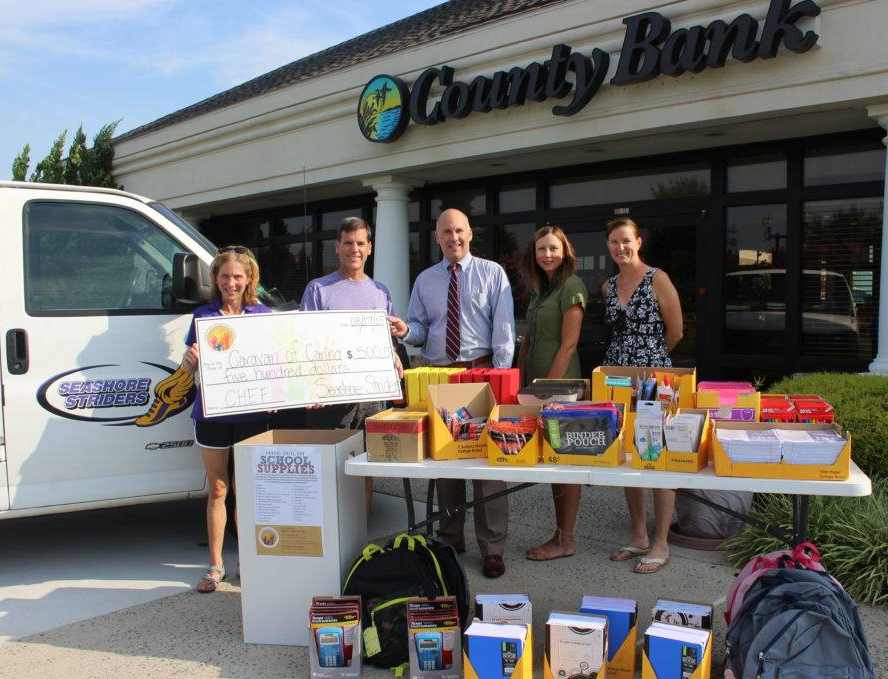 THURSDAY 9/2 PRACTICE CANCELLED DUE TO "CAPE MEET THE TEACHER" NIGHT.   WE WILL MEET ON FRIDAY FROM 8-9 AM AT HERRING POINT.

Longtime runner, partner & close friend, Doctor Lee Masser, ran through his final finish line last Friday as he left the crowd of runners, friends and family at the age of 84.  Doc Masser and I, with the partnership of longtime Timeout Sports owner Bruce Springer and local runner and realtor Richard Tikiob, all created and began the Seashore Strider Summer Racing Series back in 1990.  Doc was very active up until the last few years taking thousands of photo’s in the early years, along with keeping the stats of the series (in which he did by hand) for the first 25 years.  For over thirty years in a row, Doc ran over 100 races a year, many years he would near his annual high of 142 races in a year averaging nearly three races a weekend all year long which is pretty incredible.

My wife Monique met Doc for the first time at the 1st annual Masser 5 miler in early 90’s and as a joke I had her bring him a Fisher Price Doctor bag and he looked at her and said “this is great, thank you- I have surgery right after the race.”

Doc had houses in Edgewater, Md, Silver Spring, MD, Rehoboth then Lewes, DE, and Naples, FL and enjoyed spending time in all of them, while being a fixture of area running races at each location.  I remember asking Doc when he was in Florida at a race how he was able to talk Mary into allowing him to run so many races and he said “it’s simple, I just tell her I’m going out for milk and bread.”

Doc was also one of the top age group tennis players in the Maryland/Washington D.C. area, but you would never know because he never mentioned it.   I had to pull it out of him about ten years ago seeing a tournament champion plaque handing on his wall one visit to Maryland.

Doc was true old school and always did things first class when it came to awards, series gifts, t-shirts, race bibs and anything else that he could purchase for the series.  It took me over 10 years to talk him into purchasing a laptop computer and teaching him and showing him how two programs called Micosoft Word and Microsoft Excel could help him out.  Finally, he switched over and was amazed that he could save his results and find them again the next day.

Doc gave thousands to the Seashore Strider Cross Country team and would love to see the young runners at the races and helping fund their way to the National Championships over the past thirty years.  Young runners seem to have a bond with the doctor always warming up with him or racing side by side separated by more than a 60 years, and those youngsters that finished ahead of the doctor would go back out and bring him to the finish.  Runners like Jodi Moore, Brennan Killeen, Evan Mock, Bethany Pavlik, Tiff Melendez, Matt Riggin, Lainey Shockro, and Bennett Brumbley just to name a few of the hundreds all will carry the bond from Doc into their future.

I visited Doc last January for lunch in Maryland and would call him every few weeks to check on him.  ”Are you still making house calls I would ask him?”  “Of course I am, are you?” he would answer.  This past Wednesday I spoke to him by phone and he had gone for his daily run (orange shorts and no shirt) and had his afternoon cocktail before he turned on the news or a tennis match which he enjoyed watching.

I know that Doc enjoyed the life he lived, he enjoyed the runners he touched, he enjoyed his late wife Mary, his children, grandchildren, and extended family.  Most importantly, we all enjoyed Doc and the sincere, kind, caring, funny, witty, and passionate person the Doctor was to all of us.

Doctor’s Note- Everyone knew Doc as a doctor and most folks believed he was a retired doctor; however the truth is he was never a real medical doctor.  Some called him the doctor of road racing, others called him the doctor of love.  Sometimes he would tell folks he was any type of doc they wanted him to be.  I would tell people he was a gynecologist or sometimes a heart doctor because he could capture your heart.  This week has been a tough week for Monique & I as are hearts are a little broken and we feel like we may need a doctor.

THE SEASHORE STRIDERS ENCOURAGE YOU TO KEEP CHECKING OUR RACE SCHEDULE AS IT IS UPDATED WEEKLY.  YOU WILL FIND THAT SOME EVENTS ARE DEFERRED TO 2021, SOME HAVE CANCELLED, SOME HAVE WENT VIRTUAL, AND SOME HAVE NOT CHANGED. THE SEASHORE STRIDERS THANK YOU FOR YOUR PATIANCE & UNDERSTANDING DURING THIS COVID19 PANDEMIC AND WE CONTINUE TO FOLLOW OUR MISSION OF HOSTING SAFE & HEALTHY EVENTS FOR THE CAPE REGION.  SAFETY HAS ALWAYS BEEN AND WILL CONTINUE TO BE OUR NUMBER ONE CONCERN....

YOURS IN RUNNING & RACING,

Welcome to the Seashore Striders...Running & Racing at the Beach!

The Seashore Strider Running Club was founded in 1988 and primarily serves the Rehoboth Beach and Lewes, Delaware communities but has generated interest in all surrounding areas as well. Plus, given it's part of a beach resort community, interest in the club and its activities extend to our visitors coming from Washington, DC, Baltimore, MD and Philadelphia, PA and beyond! The club is open to runners and walkers of all shapes, sizes, colors and orientation as long as they share a common interest of running and fitness. The Seashore Striders is community-focused and hosts spring, summer, and fall events for the public including the popular Seashore Strider Summer Racing Series.

For more information on events and how to join the club, contact Tim Bamforth at tim@seashorestrider.com