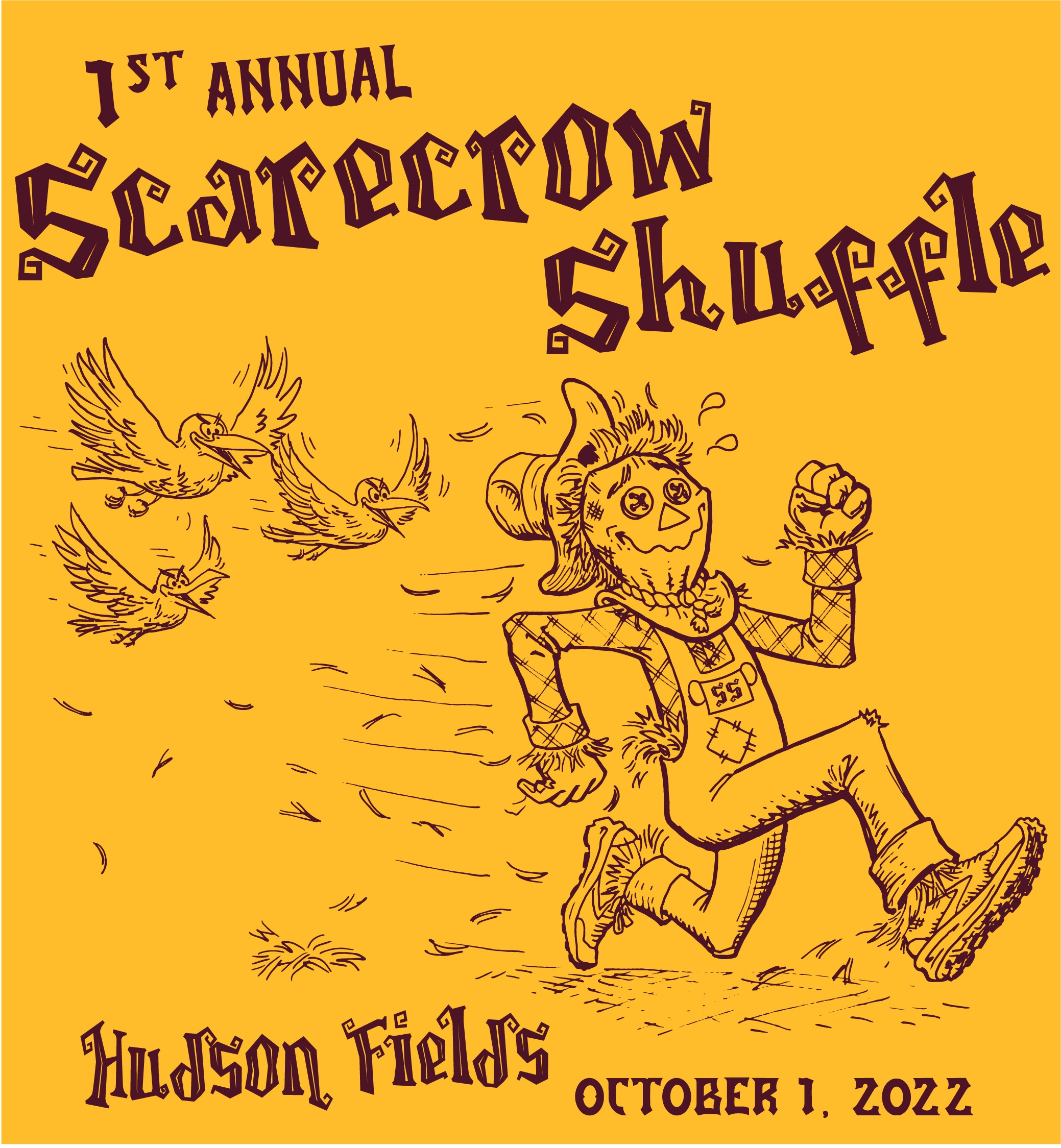 in conjunction with the "Flannels & Fizz" Festival...MOVED TO 10/22

DUE TO HURRICANE IAN THE SCARECROW 5K IS BEING CANCELLED. THE FESTIVAL “FLANELS & FIZ” IS MOVING TO THE 22ND OF OCTOBER, HOWEVER THE SEASHORE STRIDERS ARE IN MD FOR AN EVENT THAT DAY AND CAN NOT CHANGE WITH THE FESTIVAL.

THE SEASHORE STRIDER TEAM ALWAYS PLACES THE SAFETY OF THE RUNNERS FIRST AND BEING THE PATH OF THE STORM, THE AMOUNT OF RAINFALL PREDICTED AND THE LOCATION OF THIS EVENT IN A WIDEOPEN FIELD WE FEEL IT IS IN THE BEST INTEREST OF ALL PARTIES INVOLVED TO CANCEL THE EVENT.

WE APPLOGISE FOR ANY INCONVIENCE AND WE ARE MAKING THIS DECISION EARLY IN THE WEEK SO FOLKS CAN ALTER THEIR PLANS. HOPE YOU CAN JOIN US IN A FUTURE EVENT.   WE HAVE SOME GREAT EVENTS COMING UP.

YOUR NEXT STEP...All you have to do is email me at tim@seashorestrider.com or send me a message at 302.542.4536 and I can move you into the following fall/winter events: